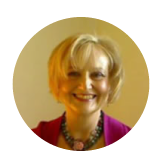 Judith is a Visionary,  Inspirational Writer,  Pyramid Crystalline Grid Activator and Soul Empowerment Consultant. She is a remarkable and awe-inspiring woman, who has the ability to tap into the cosmic Super-consciousness fields and to bring forth the Ancient Cosmic knowledge.

Judith is a unique soul with many splendid facets, on an amazing quest to facilitate and lead the rebirth and reintegration of the ancient wisdom with the new divine, to usher in the New Golden Age. She is not only an inspirational writer, and a Soul Reader- but a Soul Empowerment Consultant, and a divinely inspired Crystalline Energy Grid Activator and a cosmically transmitting soul.
Her revealed sole purpose is to serve the Divine and humanity in the highest possible way, with truth, authenticity, and integrity so she may best inform and teach the Highest Levels, to raise the consciousness of this planet. She is actively assisting the energetic rebirth of the earth, with her reopening of the Ancient Energy Centers, as she taps into the Super Consciousness Energy Field transmitting this information.

Her Twin Flame Soul and Soul Consultancy Readings have activated, empowered and healed thousands of souls globally, changing lives in just so many ways.
Her Twin Flame Relationships and Sacred Union writings and teachings have reached an international audience, as has her first book: Soul Empowerment contains specialized information about Twin Flames and reached bestseller status on Amazon in three categories, and continues to rise. She focuses on the sacredness of this soul/body union and the mystical aspect of this process- drawing deeply from the Ancient Mystery Schools hidden inner teachings...

Her book “Why I was born in Africa: the untold and previously unrecorded history of Elysium and the Lion Kingdom’ is making waves worldwide, ushering in shifts in consciousness with planetary awareness of what lies truly hidden right under our noses in technology and knowledge that we now will have to remember to reactivate and utilize. Her more recent book “True Love and Sacred Union: An Ode to Love and being Loved", has 5-star status on Amazon.

She is on a dedicated, singular quest to unlock the higher meaning of life and the soul itself. She has also been called to activate the Crystal Pyramids Crystalline Energy Grids of the world, as well as other Ancient Energy Centers.
As such her journey is unique and of growing importance to us all, as she incorporates the physical evidence in her African travels, with her rediscovery and reactivation of ancient energy sites planet-wide. Born in Africa, she is particularly in tune with the growing relevance of the ancient secrets and wisdom found here.

Her online courses have attracted students universally and empowered them to live life deeply as ONE with the Divine and to follow their highest soul calling and purpose with love.

There is a wealth of information in metaphysical circles at the moment, as many are feeling the transformational shift...but Judith’s work and her view has a fresh authentic touch about it, and is based on real-time, real-life experiences in this time-space continuum whilst also accessing easily what has been and what could be... This has a vast appeal- it is not just theories based on one individual’s experience- but essentially Judith’s unique miraculous story.

Why I was Born in Africa - PAPERBACK

An Ode to Love and Being Loved